The PJO is made up of professional musicians, many of whom are both performers and educators in New England. Members of the PJO have performed, recorded and toured with numerous artists including: Natalie Cole, Tony Bennett, Bob Mintzer, Marvin Stamm, Barry Manilow, Roberta Flack, the Temptations, the Artie Shaw Orchestra and the Glenn Miller Orchestra.

In 2008 and 2009 the PJO was nominated for “Best Jazz Act” in the Portland Phoenix. In keeping with our educational background, the Portland Jazz Orchestra is available for clinics and performances throughout northern New England.

For booking info and scheduling a live appearance, or to receive updates and news about PJO, click below! 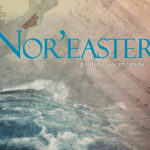